Blog
You are here: Home / Blog / News / Seniors learn to stop being so nice with self-defence course 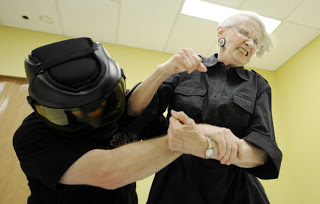 By Susan Pigg of the Toronto Star 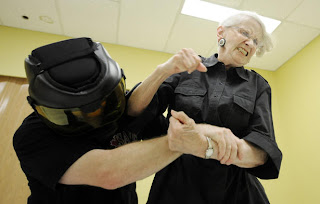 It takes just a split second for 74-year-old Anne Lappin to kick into attack mode as the muscular man grabs her from behind.

Her teeth are bared and she’s flailing so forcefully that he soon backs away. Then she steps forward to whack him one more time.

“That was the surprise element,” Lappin says later with a laugh. “I think maybe my basic survival instinct was coming through.”

The outburst has left self-defence instructor Chris Roberts shaking his head in shock.

“You wouldn’t do that in real life, right, come back at an attacker like that?” he asks Lappin.

After teaching self-defence to more than 100,000 high-school students over the past 16 years, Roberts, 46, is now taking on a completely different crowd: seniors.

The instructor for SAFE International is offering what he calls the “preventative skills” of self-defence through a few community centres in Toronto.

Although Roberts comes well protected — the final two weeks of the four-week sessions include a little physical interaction — the program is really more about using your brains rather than your brawn.

He stresses avoidance strategies first to protect against potential attackers: walking with confidence, trusting your intuition, not being too polite and always being aware of what’s happening around you.

“Seniors are a vulnerable age group. They’re very limited in what they can do physically, but most attackers are cowards,” says Roberts. “Just by looking at them, making eye contact, you’ve made them know that you’ve seen them and you might start yelling and attracting attention.”

The biggest mistake many seniors make is being too nice, says Roberts. Even if they feel unsafe in an elevator or wary of someone edging in too close for comfort, they tend to be too polite to ask the person to back off or walk away.

In fact, seniors tend to downplay their own fears: One woman at a recent session in North Toronto confessed she knew she was taking a risk walking home through a back alley, but was more afraid of the alternative, the bustling crowds of Yonge St. who might knock her cane and throw her off her feet.

“The most important factor is intuition,” says Roberts. “When you get that gut feeling that something isn’t right or feels unsafe, find the quickest exit out of the scenario. Don’t question your intuition. It is your sixth sense.”

Body language is key, he says. “Attackers look for people who they perceive to be easy victims … so walking with purpose and keeping your head up is an easy way to display positive body language.”

Asking for directions or the time are popular ways to distract a senior because they tend to turn their back to show the way or put their head down to look at their watch, Roberts warns.

Bank machines can also leave seniors vulnerable, he says. He advises women to withdraw only small amounts of cash, always during daylight and, if possible, when a friend is along.

If the attack is simply about money or valuables, Roberts says it’s best just to hand them over rather than risk getting hurt.

But he arms seniors with a few self-defence tricks, such as grabbing at soft-tissue areas (the eyes and face), to throw the attacker off and give you time to break away.

Sherri Bulmer, coordinator of older adult programs at the Central Eglinton Community Centre on Eglinton Ave. E., asked Roberts to teach the program after seeing a senior seriously hurt by a purse snatcher outside an east-end centre where she used to work.

She was surprised to see the group actually grow over the four weeks as the women — the average age was 77 — raved to friends about the program.

“I wasn’t sure what the reaction would be,” says Bulmer. “But I can see now that this is about power and control.”

—–
To ensure the safety of both instructors and students, SAFE International, exclusively uses the Hoplite Training Armour by Spartan Training Gear in all its classes and personal protection programs.

You can learn more about Spartan on their site: http://www.spartantraininggear.com/ 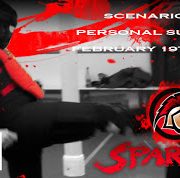 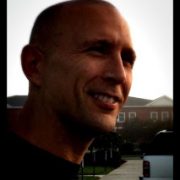 A Testimonial from Peter Jensen 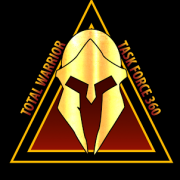 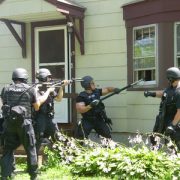 Getting the Mind and Body Back in Focus by Jose Medina

The Spartans are coming to New York!!
Scroll to top