Would you rather be a Neanderthal or a Contemporary Human Being?

For a relatively young individual I have a spent a long time researching my own experiences utilizing the lens of Combative training, including Martial Art, Empty Hand and Weaponry, and other related tools that shape the physical human form. Such molding seems at first to be purely on a physical level, but to those few that have gone the distance with intensity, it is very much a psychological, emotional and even spiritual metamorphosis as well.

Over the past year I have been bombarded by questions about why I have switched, detoured or even re-vamped my training by moving away from some sources of information in the combative world. I thought I would share this salient response.

Evolve or Die !! Would you rather train in the original almost Paleolithic way, or would you rather evolve in the new advancements that others have pioneered in their own unique wisdom.

Take the Functional Edge System, that is developed by my friend and colleague Tony Torres. I just spent the last 2 weeks, training with and assisting in conducting programs for Law Enforcement, Military, Civilian and Private Security personnel. here is what I have seen against the backdrop of my previous training. Tony Torres, gives all respect due to his sources of information, which include Notable martial artists and Combative Trainers, like Dan Inosanto, Erik Paulson, Chai Sirisute, Tony Blauer etc. However he has taken the material to a completely different level. I have had the fortunate experience to train and work with some of those same trainers and others as well in my own journey and I can clearly see the differences and improvements.

And some in the industry see my training with and endorsement of Tony Torres, and his training evolutions as disloyal and a dishonorable departure from my own sources. So I have two initial responses:

Firstly try it and really immerse yourself and really compare and contrast and honestly say whether it does not hold its own in the industry. For instance I have seen many former trainers who had previous experience in the combative world have their epiphanies while reviewing the material.

Secondly I ask the question- Would you rather own a Model T or a Ferrari? Would you rather eat raw meat or Filet Mignon ? The original is fine. But progress is inevitable unless you are a Luddite.

The other improvements I have been fortunate and open minded enough to experience are in the world of Protective Equipment. For years there was the prototype and the only product in the space that we used. Now there is SPARTAN Training Gear. Not only has the company developed a Goddess suit, the first suit specifically designed to accommodate the anatomical differences of female participants, but they are working on another innovation with a K9 suit for Police trainers and their K9’s. The main model- the Hoplite, is at first glance a colored version of another product with ABS. Those comments are really simplistic and uninformed. There are over 30 changes that were made to the original design that include Helmet re-design to allow better force distribution and cushioning, an improved visor that does not fog!! Any person who has used the other suits long enough have encountered the little mal-functions that make a big difference when training. For instance the Velcro straps that keep coming off, or the knee pads that offer little cushioning to the lateral angles etc. The point here is, since the first design from Nike from Prefontaine’s ideas, many innovations have been made and to the undiscerning eye or in the tone of blind condemnation, the are just shoes, and rip offs of the original.

No one has a monopoly on genius and innovation. This is the way of the world. When you put your stuff out there in the universe it is going to influence, and stimulate other ideas etc. Read Malcolm Gladwell’s  Book- What the Dog saw. and you will see a great chapter on Plagiarism etc. What is original exactly? I always laughed at people, who copyrighted ( or made their students believe that they did) sayings that originated from Bruce Lee or Tsun Tzu. Hell, even Bruce Lee’s designs for a force on force suit look very similar to the ones we have now? Copy Cat? Come on . And guess what if you think I am a Bruce Lee Champion, my JKD colleague’s may take offense to this at first glance, but know its true, alot fo the Philosophy of JKD, Lee’s Art, came from an Indian philosopher J.N. Krishnamurti. Before MMA in the US, there was Pancrase, Lucha Libre, Shooto, and Kalari death matches. So come on, what is original.

I know for one, society has evolved leaps and bounds over eons of time. The unnatural thing is to resist the evolution. And nature has a funny way of promoting Evolution over stagnation. 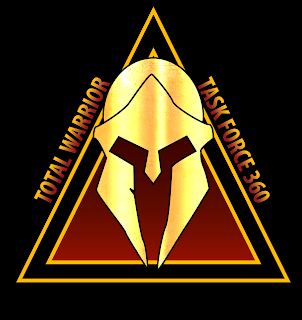 DOES NOT INCLUDE LODGING.

You can register online here: http://www.apc360zone.com/25.html

You can also download an online, ‘fillable’ registration PDF form which can be emailed back to me here: http://tinyurl.com/3htxjah

All proceeds from the Total Warrior Camp will be donated to the National Law Enforcement Officers Memorial Fund. Donations for this great cause can be made here: http://tinyurl.com/3msuacm 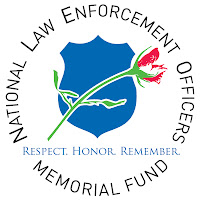 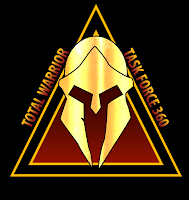 Vernon, New Jersey – Awareness Protective Consultants, in collaboration with Spartan Training Gear, is proud to invite you to this inaugural event geared towards Law Enforcement Officers, military/corporate/security trainers, educators, fitness trainers/enthusiasts, martial artists, businessmen & women and anyone looking to take themselves, and their training. This event will take place at the gorgeous Minerals Spas and Resorts in Vernon, NJ. on February 24th-26th, 2012 and proceeds will be donated to the National Law Enforcement Officers Memorial Fund. This event will bring together, for the first time, a group of the world’s elite trainers including:

This promises to be a family-oriented, fun-filled weekend of functional fitness, life-coaching & self-defense which will showcase new and improved ways of getting both your body and mind in peak condition. Also offered during the event will be training sessions aimed at providing self- improvement for individuals & teams, corporate fitness team workouts and tactical training & fitness specific to the law enforcement and military communities.

SUPPORT THE CAUSE: JOIN THE CAMP! GET FOCUSED! GET FIT